Vikram, the moon lander which separated from India’s spacecraft Chandrayaan 2 on Monday, inched closer to the lunar surface today after a manoeuvre that lasted four seconds to lower its orbit further was completed successfully.

“The first de-orbiting maneuver for Chandrayaan-2 spacecraft was performed successfully today (September 03, 2019) beginning at 0850 hrs IST as planned, using the onboard propulsion system. The duration of the maneuver was 4 seconds.

The orbit of Vikram Lander is 104 km x 128 km. Chandrayaan-2 Orbiter continues to orbit the Moon in the existing orbit and both the Orbiter and Lander are healthy.

The Chandrayaan 2 mission is India’s second effort to send a probe to study the Earth’s Moon. The mission has a orbiter and a lander that consists of the rover that will move on the lunar surface for around 14 Earth days.

According to ISRO the mission would also shed light on a completely unexplored region of the Moon, its South Pole. The mission is expected to help and give a better understanding of the origin and evolution of the Moon by conducting detailed topographical studies, comprehensive mineralogical analyses, and a host of other experiments on the lunar surface.

Chandrayaan-1 discovered the presence of water molecules on the Moon and new rock types with unique chemical composition. 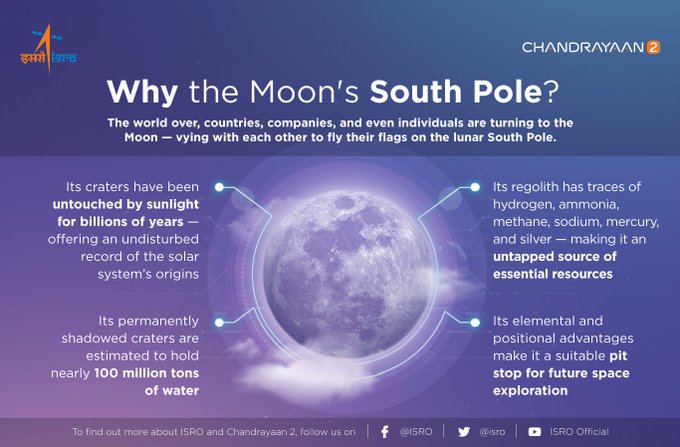 Man who lied about COVID-19 symptoms infects wife, newborn in the maternity ward

Islamic State, Al-Qaida see coronavirus threat as an opportunity to strike harder than before

Parents name their newborns as ‘Lockdown’ and ‘Corona’

Police arrest man who dressed as a doctor to bypass lockdown

Lockdown, price-war could soon result in no space to store oil

Viral Video: England man dressed as ‘Bush’ to go outside during coronavirus lockdown

Coronavirus brings a problem to UP Village ‘Korauna’ and its residents

Write For The Pigeon Express