The Indian Air Force (IAF) inducted 8 Apache helicopters at the Pathankot airbase this morning. The fresh batch of US-made Apache AH-64E attack helicopters will give a major boost to the Air Force’s combat powers.

With the formal induction, India would be the 14th nation in the world to be operating the Apache attack helicopters.

“It is a ceremonial induction of the aircraft into IAF. As of now, we have 8 aircraft. 22 aircraft will come in phased manner and all will be inducted into the IAF. We had attack helicopters earlier, but this aircraft brings in lethal firepower with great accuracy,” IAF spokesperson Anupam Banerjee said.

The AH-64E Apache is one of the world’s most advanced multi-role combat helicopters and is flown by the US Army.

The Apache attack helicopters were given a water salute at the airbase ahead of the induction.

“The Apache helicopters have been modified according to the needs of the IAF. We are very happy with the scheduled delivery of the helicopters on time,” IAF chief Dhanoa said.

The IAF had signed a multi-billion dollar contract with the US government and Boeing Ltd in September 2015 for 22 Apache helicopters.

The first four of the 22 helicopters was handed over to the air force by Boeing on July 27. By 2020, the IAF will operate a fleet of 22 Apaches.

Boeing has delivered more than 2,200 Apaches to customers around the world since the aircraft entered production. 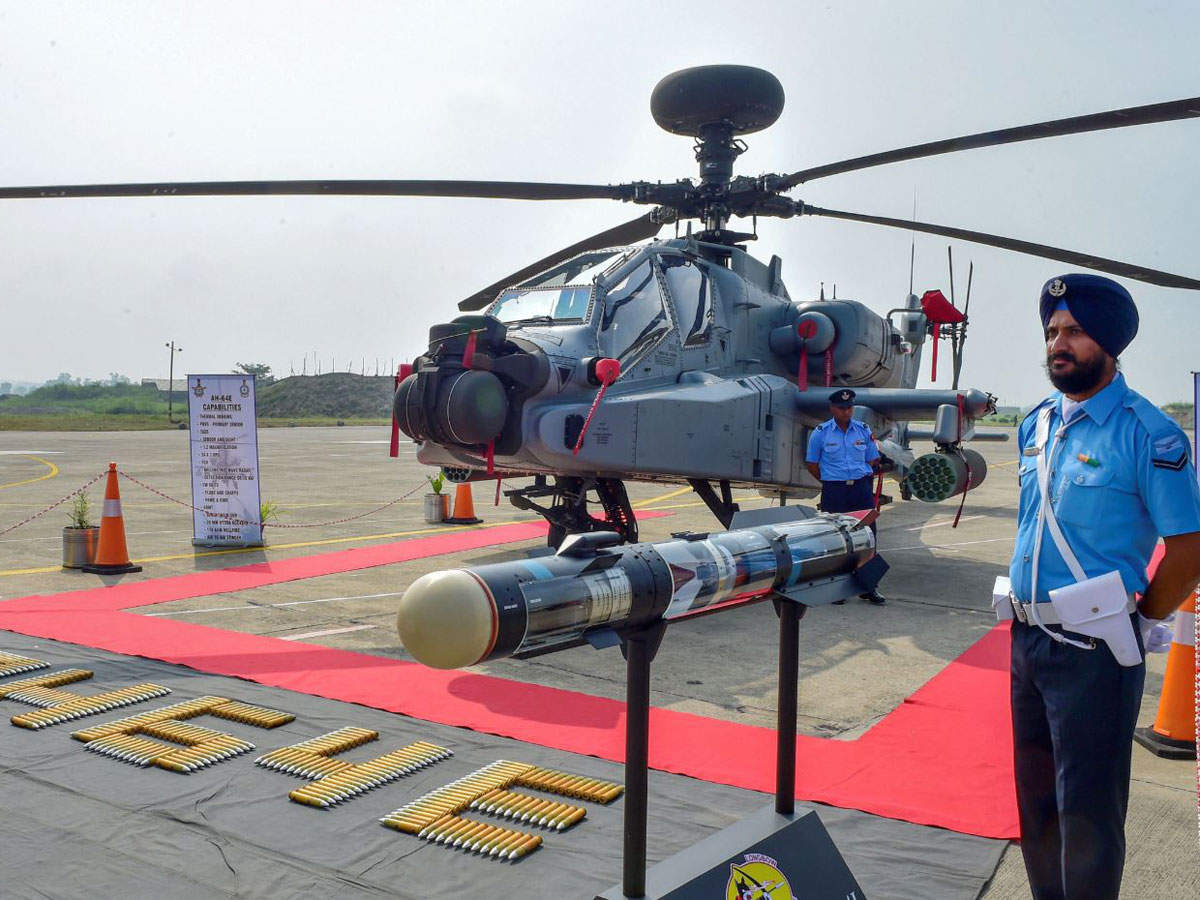 The first AH-64E (I) Apache Guardian is an advanced all-weather attack helicopter that can engage both air and ground targets with relative stealth using low-altitude obstacles like trees and hills as cover. The helicopter will replace the Soviet Union fleet operating in the IAF currently.

The helicopter can conduct precision attacks at standoff ranges and operate in hostile airspace with threats from ground.

The additional capability of the chopper is to transmit and receive battlefield picture, to and from the weapon systems through data networking. These attack helicopters will provide significant edge in any future joint operations in support of land forces said the IAF.

Cop wears ‘corona helmet’ to raise awareness on the coronavirus

In a rare case, infant dies from Coronavirus in the United States

Cruise ship with 1,800 is in race to transfer healthy passengers to another ship off Panama coast

“We have entered recession that will be worse than 2009,” IMF Chief

Man who urged people to go out, sneeze and spread coronavirus sacked from work, arrested

Coronavirus does not Spread through tears, researchers claim

Write For The Pigeon Express